Are these the most successful marketing campaigns of all time?

Marketing can be a tricky process to get right and campaigns can go either way. It can be interesting as a marketer to delve into what makes a successful advertising campaign successful. Here we consider what made these adverts so successful and why. Hopefully you will be able to take some tips away from below and mirror it onto your own work.

This is a marketing campaign everyone knows. But why is it so successful? I know that when I’m exercising, there’s always a little voice in my head saying ‘just do it’. Shall I go on a run? Just do it. Shall I go to the gym? Just do it. Nike has definitely hit the nail on the head with a slogan we can all relate to. It’s short and sweet but very memorable. It represents the brand, addressing the core issue and their solution – people want to push themselves so they’re providing all the gear to do so. 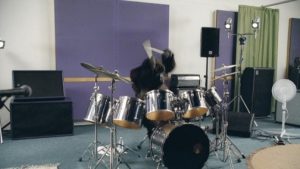 This is the nation’s all-time favourite advert and one that definitely sticks in my mind. Cadbury’s had a clear aim of ‘getting the love back’ and it certainly did that. Their advert intended to show that, by eating Cadbury’s, the customer would feel as good as shown in the video. It successfully demonstrated that the brand’s end-goal was to deliver happiness to their consumers. Cadbury’s succeeded as the light-hearted and humorous advert triggered positive reactions, making it more successful than their previous efforts. 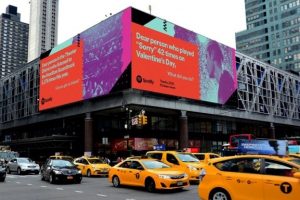 Spotify demonstrated their ability to combine technology with humour and creativity. It tracked user data whilst creating witty adverts. One that stuck in my mind was ‘dear person who played ‘sorry’ 42 times on Valentine’s Day, what did you do?’ It definitely made me laugh,  which is why this campaign was so successful for Spotify. They used billboards to capture people’s attention in a light-hearted manner.  It’s just the thing people want to read on the Monday morning commute. I think marketers nowadays need to use the technology and data available to their advantage. It allows you to learn more about your customer’s than you realise which will create adverts targeted specifically at your market. This is the way to generate attention in the 21st century. 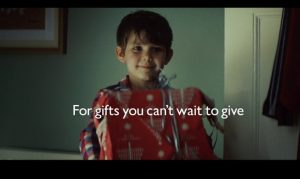 John Lewis’ Christmas adverts are always a hit. We all know it’s Christmas time when the John Lewis advert is aired! Every Christmas people are talking about it and they always manage to get it right somehow, especially their 2011 campaign. This advert had an ultimate twist: the young boy wasn’t counting down the days to receive his presents, he was counting down the days to give his present to his parents. I think this is why it became so successful as John Lewis made it emotional. It just goes to show that adverts don’t necessarily need to feature your products, but they need to tell a story. The story that John Lewis told in 2011 was ‘for gifts you can’t wait to give’. It’s ultimately down to creating an emotional response. 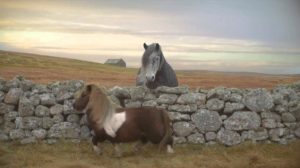 The dancing pony advert is definitely one that I remember. But, why is this advert one that stands out so much? Firstly, it successfully made everyone laugh. Secondly, it made people want to share the clip online. If you notice carefully, they have included #DancePonyDance at the end of the TV advert. This controls any conversations on social media about the advert and ensures that everyone uses the same hashtag. Social media is a very clever marketing tool even more-so now as it has become an addiction amongst millennials. Marketers just need to be careful and take back the control of social media.

Evian – Baby and me.

This is a particular favourite not only for marketers, but also the general public. The aim of the campaign was to encourage people to find their ‘inner baby’. With the use of an app, people were able to upload a photo which was transformed into an Evian baby. I definitely gave it a go! Once again, it added the humour element. This is a common reoccurring factor here. Having said this, Evian babies were not just an advertising gimmick. They were a genuine representation of the brand’s heritage – it captures Evian’s vision of youth. Marketing campaigns must have an underlying meaning. 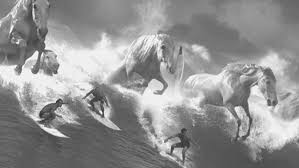 Voted by the British public in 2002 as the best ad of all time, Surfer was an advert that really stood out for British audiences. It was a striking advert, filmed in black and white and cleverly using average looking actors, instead of the unrealistic ones we are used to. It was somehow relatable. The drama of the advert, the horses in the surf, even though advertising something as simple as a beer seemed to emphasise the quality of the product. It seemed to compare the act of waiting for a slow-poured pint of Guinness to waiting for the perfect wave, with the slogan: “Good things come to those who wait.” It was and still is an advert which can really speak for itself.

So, which ones would you add to the list?

We're not around right now. But you can send us an email and we'll get back to you, asap. 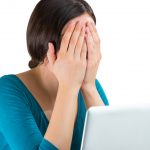 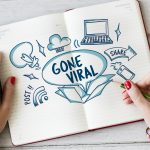 How to promote your business in the mediaArticles, Blogging